Posted on April 21, 2018 by highlandlakeschurchofchrist

Erik Weihenmayer has summited Mount Everest as well as becoming one of the 150 climbers in the world who had, at the time, climbed the other 6 highest peaks in the world. He has kayaked the 277 miles through the treacherous white waters of the Grand Canyon as well as ascending the 3,000 foot nose of El Capitan in Yosemite.

Besides having appeared on the cover of Time magazine, there have been three documentaries made about Erik’s accomplishments.

Why would so much attention be given to Erik Weihenmayer’s accomplishments? Because he’s blind.

And, while so much focus has been on Weihenmayer’s achievements, he has made sure to give credit to whom credit is due. 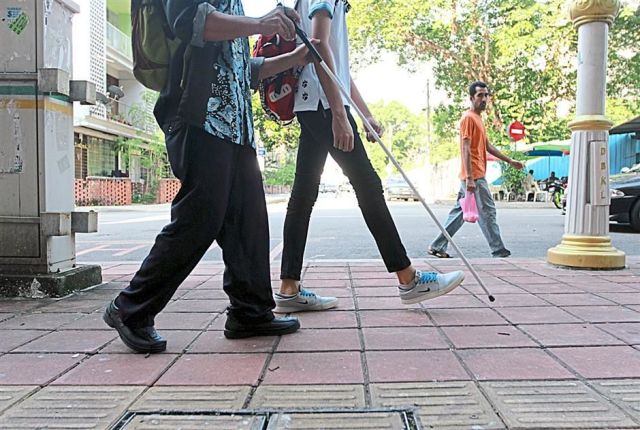 Erik has easily acknowledged that he couldn’t have completed any of his feats without the help of his many guides. Rob Baker, Eric Alexander, Luis Benitez, and Jeff Evans, are just a few of the people who have willingly and ably guided Erik to his many successes.

There are spiritually blind unbelievers all throughout the world (2 Corinthians 4:4), and Christians are called to guide them to the knowledge of the gospel of Christ (Mark 16:15-16).

Similar to Erik’s guides, Christians must be willing to take the responsibility of guiding the spiritually blind to Christ.

Guides must be more than able to lead the spiritually blind.

Guides must be in better shape spiritually.

Guides must be connected to those they are guiding.

Christian guides must themselves be familiar with the way to get to Christ.

Even for the sighted Christian, the narrow way to salvation is treacherous and difficult to stay on (Matthew 7:14). Blind unbelievers aren’t very likely to find their way to salvation without being guided (Romans 10:14).