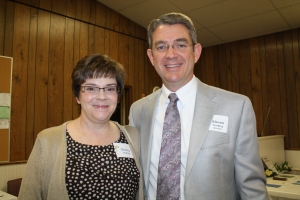 We are honored to have Steven Yeakley and his wife, Shelley, with us today. Steven has worked for over nineteen years as one of the ministers at the Faith Village Church of Christ in Wichita Falls, Texas. He is also the grandson of Flavil Yeakley, Sr. who served as the minister of this congregation beginning in 1973. How fitting it is to have Steven stand and proclaim the good news of Christ to us in the same place where his grandfather proclaimed it 40 years ago! Preach the Word, Steven!

Hilda Whitson has been a member of our congregation since it began in 1963.

In early 1963, several Christians living in the area began meeting as members of the Church of Christ. A charter was granted to the Highland Lakes Church of Christ on March 30, 1963. Land was purchased from Mr. and Mrs. W.F. Forest for the erection of a building just West of downtown Kingsland on Ranch Road 1431.

In the interim, about 25 families worshipped briefly in Barrow Hall, with Luther Norman as minister, before moving their meeting place to the V.F.W. Hall. In September 1964, a rock building was completed by Aubrey Hallmark of Llano, Texas. Brother Norman continued as the preacher for about two years and was followed by Darrell Debo, who commuted from Burnet for about 9 years.

Elders who were appointed in 1972 were Melvin Brazzil and Claude Mashburn. Upon the death of Claude Mashburn, J.L. Barker, J.O. Durst and Hurston Hallmark were added to the eldership.

On August 15, 1973, Flavil Yeakley, Sr., was selected as the local minister. An increased membership and the influx of many visitors necessitated the building of a larger auditorium the following year. Therefore, the present white buff brick building was erected just East of the rock structure in 1975.

With thankfulness for God’s past blessings, the Highland Lakes congregation is looking forward to the opportunities at hand. Membership development and local evangelism remain a vital focus. Through efforts such as our Community Pantry, the Visiting for the Master program and the Ladies’ Ministries, this congregation is touching lives and building bridges into the hearts of others.

While seeking the lost in this community, the congregation’s commitment to World Evangelism remains strong. For well over thirty years this congregation has taught the Word of God to tens of thousands of students through our Bible correspondence work. We are proud to be partners with many dedicated missionaries around the globe: George and Quentin Funk in South Africa, P.J. Krupalini in India, S. A. Imogoh in Nigeria, Sylvanus Obi in Nigeria, Richard Emperado in the Philippines and Dennis Welch in Cambodia.

The opportunities for service are many and with God’s grace, the spiritual family of God at Highland Lakes will do the work to which we have been called. 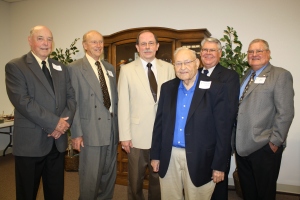 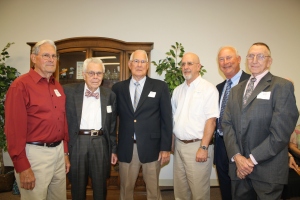 LIFE IN 1963 (The year our congregation began) 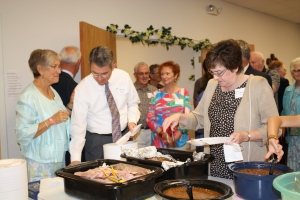  Martin Luther King Jr.’s “I have a dream” speech at Lincoln Memorial