THE HARVEST IS PAST…SUMMER IS ENDED

Posted on October 21, 2017 by highlandlakeschurchofchrist

“The harvest is past, the summer is ended, and we are not saved…” (Jeremiah 8:20). These were the words of Jeremiah to the people of Judea in a time of crisis. The nation’s disregard of God and His word had brought them to the edge of oblivion. On the horizon, the Babylonian war machine was set for a savage thrust against Jerusalem. Yet the people refused to turn to God. They still hoped against hope that deliverance would come from elsewhere. The summer months dragged slowly by and no deliverer appeared. Poignantly, Jeremiah dramatized the desperate hopelessness of their situation: “summer is ended and we are not saved…”

What words could be more fitting for us? Summer is gone…harvest is past and autumn is upon us. What happened to the long, golden days of summer? The words of Jeremiah seem urgently appropriate to our situation:

Summer is At An End. Another season has come and gone. This year is three-fourths over! The fleeting seasons remind us how brief life really is! The Bible describes its brevity in a number of powerful images: a fleeting cloud (Job 7:9), a fading flower (Job 14:2), a flickering candle (Job 18:6). In answer to the question, “What is life?” James answers, “Just a vapor that appears for a little while and then vanishes away” (James 4:14). Given the fragile and frantic nature of life, it is crucially important that we use the time we have to make ready for eternity!

Summer Maybe At An End For Us Nationally. Modern America has made the same basic mistake as the people of Jeremiah’s day. We sought such deliverance where there was none…We have vainly looked for Science to usher in a new millennium; we have expected Education to eradicate poverty and crime; we have hoped that Medicine and Psychiatry would eliminate disease, and guilt and fear. But our hoped-for saviors have failed us. Thoughtful people are alarmed at the growing evidence of the precipitous decline of our national condition. Our culture seems driven toward dissolution and chaos. We have forgotten that, “Righteousness exalts a nation, but sin is a reproach to any people” (Proverbs 14:34). There is not much time left. If our nation is to be saved, it is vital important that we repent and turn to God.

Summer Must Be At An End For You Spiritually. It may be that you have squandered countless opportunities without giving serious thought to the needs of your soul. You may have long promised yourself that you will commit you life to God and begin living for Him! But the golden days of opportunity are slipping away 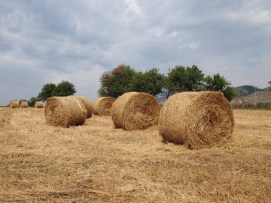 and still many are not saved! “Behold, now is the acceptable time: behold now is the day of salvation” (2 Corinthians 6:2). Good intentions are not enough! God demands obedience! (Hebrews 5:8-9; Acts 2:38; John 8:35). What a perilous and dangerous moment to come to the end of summer without God and His salvation!