Posted on September 19, 2015 by highlandlakeschurchofchrist 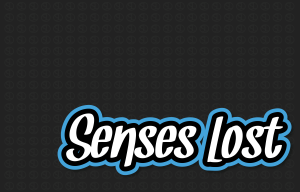 Sense of God. More and more a practical atheism is getting around (Titus 1:16). People admit they believe in God, but act as if He did not exist. Like God’s people of old, they have “pulled away the shoulder, and stopped their ears” (Zech. 7:11).

Sense of Sin. Sin isn’t sin anymore! It has changed to “a mistake,” “maladjustment,” “sickness,” etc. One writer pointed out that since Eisenhower (1953), no president has used the word “sin” in addressing our national problems!

Sense of Shame. In Jeremiah’s day the ability to blush had been lost. “Were they ashamed when they had committed abomination? Nay, they were not at all ashamed, neither could they blush…” (Jeremiah 6:15).

Tragically, these losses lead to a greater loss yet: the loss of the soul. Reader, have you lost your senses? Obeying the truth is the sensible thing to do (1 Peter 1:22-23; 3:21). – Bill Dillon via Gospel Gems