THE POWER IN YOUR HANDS

Posted on June 7, 2014 by highlandlakeschurchofchrist 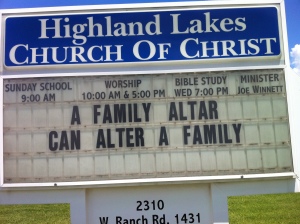 Known as the “Prince of Preachers”, Charles Spurgeon’s preaching took England by storm during the 1800’s However, as a teenager, he was a nonbeliever. He was planning to be a farmer when de decided to study Latin and Greek instead. He really didn’t know where his career was heading. At the school in Newmarket, his life was impacted by one particular individual No, it wasn’t a professor or instructor; neither was it a classmate or friend. Charles Spurgeon had his life changed by the school’s cook, an elderly woman named Mary King. She invited him to attend her church one day, and that led to many conversations with her about her faith, eventually setting him on the path of salvation. Years later, he learned of Mary King’s retirement, and supplemented her income from his own pocket.

Here’s what the story says to me. If a cook from the kitchen can prepare a path for one of the greatest preachers of the century, what does that imply God might do through you? We rarely recognize the full extent to which God has used ordinary, available human beings for His greatest purposes. Many millions of people owe Mary King a debt of gratitude because of Spurgeon’s contribution to their faith.

If such power was in Mary King’s hands, it’s in your hands as well. It’s not difficult to encourage, inspire, and edify another human being. You could do it today, using a telephone, or write a card, an e-mail, an automobile, your spoken voice — or a strategic pew. What if you made a covenant with every other believer you know concerning this goal? You and your conspirators would be determined to give a powerful word of encouragement to at least one soul every time you came to church. And someone just might walk up and encourage you. If you were to do this, God would make a determination of His own. He would begin sending people across your path from every direction — hearts in need of hope, ears in need of edifying words. You can’t imagine the joy you would experience simply by being a willing vessel for holy encouragement.

I realize there are times when you need a lift too. Don’t forget the very best source of all: God’s Word! “For everything that was written in the past was written to teach us, so that through the endurance taught in the Scriptures and the encouragement they provide, we might have hope” (Romans 15:4). Open the Bible and God will begin speaking to you through it. I have my own set of Scriptures that always lift my spirits. I hope you have yours as well. What do you think? Thoughts from reading “Stay Connected” by David Jeremiah (Living with Confidence in a Chaotic World) — via Ken Darnell

This entry was posted in Front Page and tagged Encouragement. Bookmark the permalink.