Posted on September 23, 2016 by highlandlakeschurchofchrist 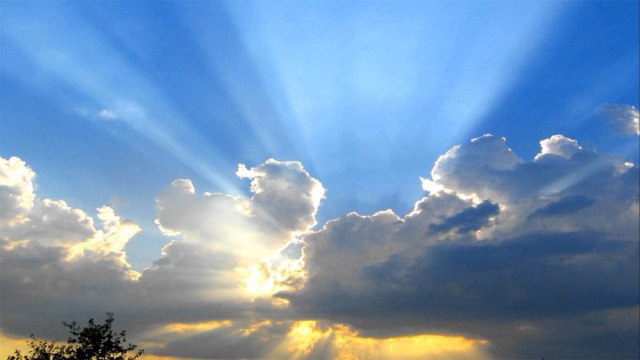 As to whether or not the Earth is currently going through a warming trend, there is much debate. Although many, including former Vice President Al Gore, vehemently defend the man-made global warming theory (see “An Inconvenient Truth,” 2006), countless others, including thousands of scientists, have rejected the theory in part or in whole (see “Weather Channel Founder…,” 2007; Bonnici, 2008; Brennan, 2008). One truth that seems to get little attention, however, is the fact that the Earth has gone through various warming and cooling periods in the past.

Today, Antarctica is covered by seven million cubic miles of ice, which represents 90% of all the ice on Earth (“Antarctica,” 2008). The continental ice sheet at the South Pole is about 9,000 feet thick (Amundsen-Scott…, 2008). The average temperature at the South Pole is nearly -50 degrees Celsius. Nevertheless, Antarctica has not always been the frozen tundra it is to-day. The pro-atheistic, evolutionary science journal New Scientist recently ran an article titled, “Once the South Pole Was Green…” (2008, 198[2661]:34-38). The journal admitted that scientists are well aware that “Antarctica was once warm and forested” and inhabited by at least six different kinds of dinosaurs (p. 34). “Antarctica once enjoyed a climate warmer than that of England today” (p. 38). The fossil record indicates that in the past Antarctica was “almost sub-tropical,” lush with ferns, cycads, and conifers (p. 37). What’s more, fossils of breadfruit trees, crocodile-like creatures, and turtles have been discovered well inside the Arctic Circle (pp. 35-36). It is “abundantly clear” to scientists that at one time “both the Arctic and the Antarctic were ice-free and warm” (p. 37)—“more than warm enough for a pleasant swim” (p. 38).

Although today certain ones (e.g., Al Gore) are at-tempting to scare people into a “global-warming submission,” the fact is, our planet has gone through various stages of warming and cooling throughout its history—long before the invention of carbon-emitting planes, trains, and automobiles. At one time, the polar ice sheets were more extensive than at present; at another time, the Earth’s Arctic and Antarctic regions were virtually ice-free. In view of such naturally changing climates on Earth during its history, why should it surprise us if our planet does occasionally get warmer or cooler?

Our forefathers, along with plants and animals, have been on the Earth “from the foundation of the world” (Luke 11:50-51; Genesis 1-2; Exodus 20:11). They survived the ice-age(s), as well as the so-called “hothouse phase.” Today, we are flourishing in what scientists call the “icehouse” phase. In truth, man will continue the cycle of life on Earth until our Lord returns and destroys the Earth with fire (2 Peter 3:10-13)—a global warming for which man must prepare, else he will suffer in the hothouse of hell forever (Matthew 25:46; 2 Thessalonians 1:7-10).   BY Eric Lyons, M. Min.; Apologetics Press