Posted on February 24, 2019 by highlandlakeschurchofchrist

In 2 Samuel, God killed a man named Uzzah just because he tried to keep the Ark of the Covenant from falling to the ground. He reached out and touched the Ark because the path they were travelling caused it to hit a pothole. God had instructed for no one to touch the Ark but what was Uzzah supposed to do? Let the Holy Ark fall on the ground?
What about Moses, the man who didn’t get to even see the Promised Land because he struck a rock rather than speaking to it in Numbers 20! After all that he did for God, was it such a huge crime to be frustrated to the point of anger with all those complaining people of God and just hit a rock? And look in the New Testament! Ananias and Sapphira were both struck dead because they lied about the amount of money they donated to the church in Acts 5. Really though, who hasn’t exaggerated something before?

The point is, in much of the Bible, to us, the punishment for small mistakes, in our eyes, does not fit the extreme nature of the punishment from God. But what makes us think this way? 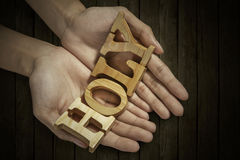 Maybe we do not truly understand what it means for God to call something “HOLY”. Our worlds are self-centers and self-seeking, full of humans who see themselves as the highest form of authority. People are very fast to say things like, “This is not fair!” This is because we believe we deserve certain rights as humans. But do we ever give any deep thought to the rights that our God deserves as God? Even in the Church we sometimes act as though God’s choices and responses should somehow revolve around us. All of the above Scriptures mentioned are placed there to show us that there exists something far more valuable than what we call our worldly existence and “rights”. Some things simply belong to God alone. Holy things. The Ark, the commands He gave to Moses. His Communion, His Church.

This all should not come as a surprise to us, but rather, an opportunity to humble ourselves before God. We all have done things far more unholy than the things mentioned in the Bible at times. We should be thanking God for that undeserved Mercy and Grace and we should treat God’s commands and desires as the Holy things that they are.